Advertise on The Traditional Shooter.com

The Traditional Shooter.com is an online social community that allows bow hunters, gun hunters, outdoor enthusiasts, and all their friends to share stories, photos, video, and interact daily. Utilizing ApogeeInvent's advanced social networking and ecommerce technology, this community is the result of experienced bow hunter Byron Barfield's vision to create a full service community for everyone with a love for the outdoors, nature, and learning more about being a Traditional Shooter.

The Traditional Shooter.com has numerous places where your banner will be presented to thousands of daily users. Target your audience by selecting one of our great ad locations. These ads are for an entire year and are very affordably priced!

This Banner Ad will be located in a distinctive location on the sponsor page. The banner ad with direct link directly to your website, so any one can go directly to your site by clicking on the ad.

This ad will appear in the prominent location across the top of the homepage of The Traditional Shooter.com. The rotating banner ad will appear for several seconds and allow users to click from the ad directly to your site. In addition to the location on the front page, your ad will also appear on the Sponsor page.

This smaller banner ad is also located at the top of the homepage, perfect placement to be noticed immediately by site visitors. This ad will link directly to your site for easy accessibility by users, and you will also have an ad on the Sponsor page.

These banner ads will scroll in line with The Traditional Shooter.com logo. Located on the top half of the page, this prominent position will attract quick attention by all visitors to the site. Your ad will link directly to your site so visitors can easily click on the ad to be redirected. You will also have an ad on the Sponsor page.

These large banner ads are located along the left side of the homepage. The location allows the ads to be quickly noticed as a user scrolls down the page; their location on the homepage makes them quickly viewable by every visitor to the site. This ad links directly to your site. Your ad will also appear on the Sponsor page.

These large banners ads located at the bottom of the The Traditional Shooter.com homepage will easily grab the attention of site visitors because of their large size. Place your ad here and easily target your audience for an affordable price! Your ad will link directly to your website, and will also appear with a brief paragraph on the Sponsor page. 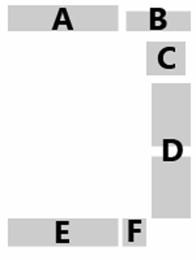 In consideration of the mutual covenants contained here in, and other valuable consideration detailed herein, and receipt and sufficiency of which are acknowledged, the parties agree as follows:

____ Outfitters-Banner ad on sponsor page with link to your web site for $500.00 per year, or any of the banner positions above at those prices.

Assignment: Neither party shall have the right to license or assign this Agreement or the rights and obligations there under without the prior written consent of the other party.

Applicable Law: This Agreement shall be interpreted in accordance with the laws of the state of Idaho, Nez Perce county and is deemed to be entered into and performed therein.

Waiver: Waiver of any term, condition or breach of this Agreement shall not be deemed to be a waiver of that breach or any other term or condition in the future.

a) This Agreement supersedes any prior agreements between the parties, and both agree that neither has relied on any representation or promises not contained in this Agreement.

b) The paragraph headings herein are for the purpose of convenience only and are not intended to define or limit the contents of said paragraphs.

d) Each part shall cooperate, take such further action, and execute and deliver such documents as may be reasonably requested by the other party in order to carry out the provisions and purposes of this agreement.

e) This Agreement may be executed in one or more counterparts, all of which taken together shall be deemed on original.

Reporting: Upon request affidavits of performance will be provided by The Traditional Shooter.com.

Warranty And Indemnification: The Traditional Shooter.com warrants that it has the right to enter into the Agreement and to grant the rights herein granted. Each party agrees to defend, indemnify, or hold harmless the other from and against any damages, liabilities, costs, and expenses, including reasonable attorneyâ€™s fees, arising, out of or caused by any breach of warranty there under or the acts or omissions of the indemnifying party.

Disclaimer: The Traditional Shooter,com can not be held responsible for acts of God including but not limited to: fire, flood, hurricane, tornado, war, labor interruptions, prolonged power outages, etc.